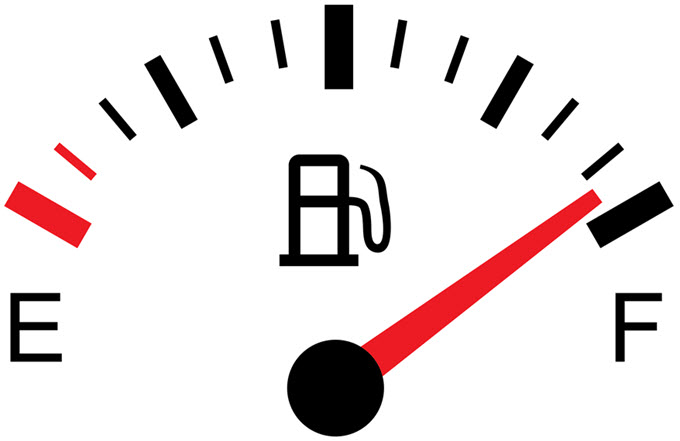 Fuel usage represents a considerable overhead to any commercial organisation. The appropriate management of fuel is critical to the profitability and efficiency of your company and even small percentage savings through fuel level monitoring can make a significant difference in annual performance figures.

In some economic studies it has been shown that in some parts of the world between 8-14% of fuel is siphoned or mismanaged, which causes a hugh potential loss to the company as well as causing disruption to customer service.

Areas of concern for fleet managers

With Mxtrak you can see in real time the actual quantity of fuel entered into the tanks and the amount of fuel used in any given period.  The installed monitoring devices send encrypted signals to our data centre which are then used to build up a picture of your fuel availability.

A specially designed sensor is inserted into the fuel tank which is attached to a GSM device which has been specifically programmed to your organisations requirement.  The device is also attached to any generators which you may use. A SIM is inserted into the monitoring device which sends data via GPRS. (If the GPRS network is not available the device automatically switches to SMS. The data is sent as an encrypted protocol to our data centre.

You can access your data by either logging on to a website from a PC anywhere in the world using your login and password or use the MxTrak desktop software which has additional functionality.  The data can be sent to your organisation in any format which you may require such as plotting graphs, flow charts, pie charts, scatter graphs etc

Below is an actual dashboard of a Nigerian communication company which uses fuel level monitoring to see total consumption as well as fuel use at different locations. This can help a company monitor the levels of fuel in real-time. 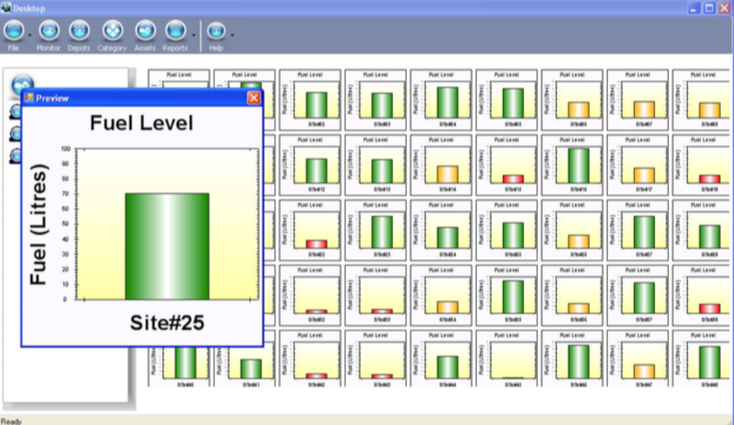 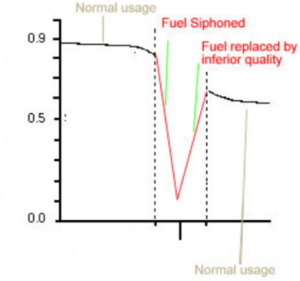 The following chart shows suspicious activity taking place such as an unexplained drop in fuel level. This could mean that fuel has been siphoned, the generator is faulty, a leakage has occurred etc.

As MaximiseIT has it own data center we are able to process the readings and in real time let you of any discrepancies or unusual reading so that you’re monitoring unit can take the appropriate action. The dashboard will flash red until the operator over-rides the entry

An African client purchases 120,000 litres of diesel in a month from a supplier. Every month they purchase the same amount. In a recent audit it has come to their attention that our contractors are siphoning diesel during times when they have regular electricity supply.  The problem is that they have no way of proving this.

This is a common problem and the solution is very simple. Because the client is purchasing diesel every month, MxTrak fuel level monitoring will be able to tell them the exact amount in litres of diesel which has been used every month. If diesel is siphoned during times of regular electricity supplies the charts will show sudden drops and then the data will level out. This will show at what times and at what locations diesel is being siphoned.

It can be asked why a company should the investment in the sensor, device and software?  The obvious answer is to save costs. The initial cost of equipment and installation is easily covered by the savings made in fuel. One of our existing customers has reduced their fuel bills by 40% which in monetary terms is over 700,000 USD a year. Once it becomes known to staff, contractors and suppliers that fuel is being monitored our experience has shown that fuel usage drops dramatically.